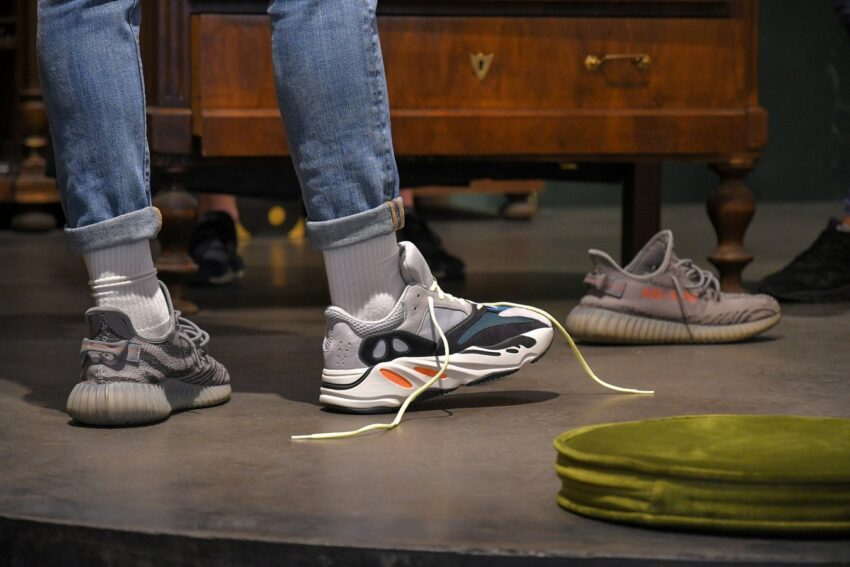 Fashion has always been important for human beings. From the very start of our civilizations thousands of years ago, there has always been some type of fashion in the collective mind of people. Be it to distinguish the classes or to show of your own preferences and style, fashion kept its importance and it is crucial in today’s world. Often misunderstood and frequently criticized, it is a type of art after all and it makes sense for it to have its supporters and naysayers like everything else.

When we talk fashion however, it is a very broad term since a lot of different subcultures fall under it. For example, one of the most dominant cultures in the world of popular fashion is the sneaker fashion.

Sneakerheads, as the fans, enthusiasts, and supporters are called, find pleasure and fun in collecting and wearing the latest from the high-end, exclusive world of sneakers. There are perhaps a dozen brands that stand out whose shoes are always highly sought after. They are also quite expensive, which makes the hobby of collecting them an investment as well.

In this article we will talk about the history of one such brand of sneakers. It is actually a line that spanned across multiple brands and one of the most successful collaboration in the fashion industry ever. This is of course the Yeezy sneaker line by rapper and producer turned fashion artist and designer Kanye West. You have probably heard of him, know many of his songs, and know a thing or two about his personal life and marriage. Here however, we will focus solely on his collaboration with Adidas and take a look at the history of Yeezys.

If you care deeply about the new sneaker releases including the latest Yeezy shoes that drop, browse through extensive collection of top sneakers and check out https://www.uafactory.co/.

It is a well-known fact that Kanye West initially collaborated with Nike on the first few models of his Yeezys. This was his initial fashion endeavor, back in 2009, and it was a moderate success and the Mole Air Yeezy I was a very pricey and popular model. Then came the collab with Louis Vuitton in the same year, a more fashionable model in three distinct colorways. Three years later in 2012, one of his most popular shoes ever dropped when Nike Air Yeezy II appeared in three distinct colorways still popular today. The shoes were resold for as much as $4,000 as the collectors and sneakerheads went crazy for them.

Kanye was still not at his peak and little did he know that Nike would not be his destiny in the sneaker game. In 2015, after a very public and ugly dispute with the sportswear giant, he left them for their biggest rivals. Rumors started swirling that he would choose to partner up with Adidas and that it was only a matter of time. This proved to be true and in 2015 when the Adidas Yeezy 750 dropped. An instant classic and one of the most influential footwear pieces ever, despite being quite pricey since they retailed at $350. The prices quickly rose when resales started. The fans were a bit worried, but things were good for all sides since new shoes were on the way.

That same year, the partnership took things even further with the new model that appeared shortly after the initial one. The Yeezy Boost 350 revolutionized the industry in a way as it was among the first shoes that sported light materials and preferred ultimate comfort over other features. Kanye also decided to go low with his newest design, knowing that most other sneakers out there were either mid or high, with an occasional low variant here and there. Knitted shoes were not that popular or widespread but West and Adidas risked it and they were awarded for it. You could wear them every day, the silhouette was sleek, and they paired nicely with any type of outfit. Right from the start, they were a huge success and they flew off the shelves.

A year passed and it was time for the second version of the already iconic model. Adidas and West ruled the sneaker world for almost two years by that point thanks to the success of their first two collabs. The new changes brought by the V2 included a large stripe that read SPLY-350 on the outer side of each sneaker. The knitting was updated and the overall quality was higher. The laces were thicker and the heel tab was no more. It was also a bit wider and the midsole was translucent. In total, more than 50 different colorways dropped and to this day, it is the most popular Yeezy that ever existed. It also helped the rapper turned designer to cross the billionaire threshold solely from the Yeezy brand and not counting his music.

From 2017 onwards, there were some iconic alternative models but none of them managed to overtake the success of the 350 V2. The Powerphase Calabasas sported the iconic Adidas silhouette from the 1980s, the Boost 700 was a modern dad sneaker that are popular right now, and the Yeezy 500 brought in mesh, suede, and the adiPrene sole. The Yeezy 500 are actually the second-best sold silhouette of Yeezys after the 350 V2. Some of the later releases include the Boost 700 V2, the DSRT BOOT, the Boost 380, and the 500 High. All of them sold out shortly after going on sale but none of them topped the previous releases in popularity nor sales. Business was still booming for West and his sportswear partners though and they never looked back.

The latest several silhouettes, from 2019 onwards, are more alien-like and unorthodox. The Boost 700 V3 have a plastic cage all over the knitting and a smooth midsole. It is another classic that sold out immediately, but it does require more careful planning with the outfits. The Boost 700 MNVN and the YZY QNTM are similarly futuristic and contemporary as they appear larger on the feet and capture the attention no matter what else you wear. None of the shoes are going anywhere though and they always disappear from the stores practically the same day they arrive.

NFL 2022 Season: The Players To Watch

Sweeten the Day From the Start – Ideas for a Sweet Breakfast

4 Tips for Getting Involved in Your Kids’ Online Activities

Machine Learning vs Predictive Analytics: Is There a Difference?