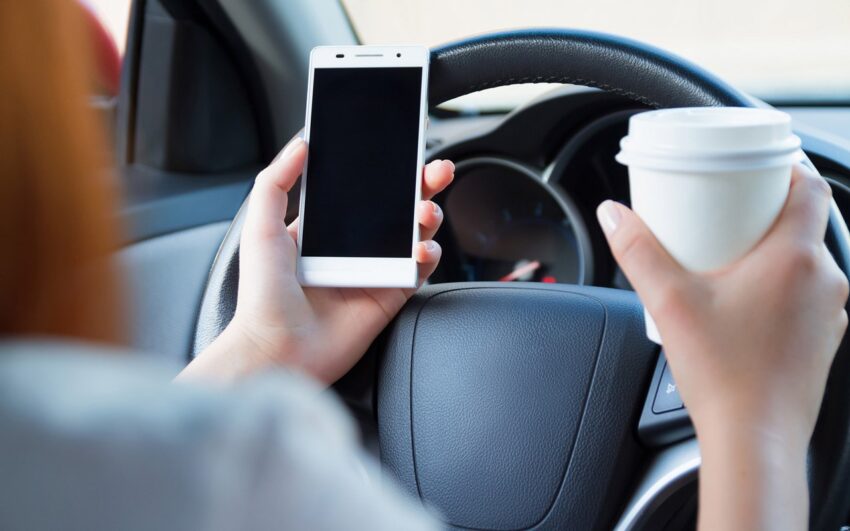 The statistics indicating the hazards of using a mobile phone while driving are staggering. About 660,000 drivers attempt to use their phones while driving at any one point during the day.

We can now stay connected at all times thanks to mobile phones. However, if someone decides to read their text messages, emails, phone calls, or other mobile apps while driving, this might pose significant safety dangers.

Distracted driving accidents are on the rise, and they regularly result in catastrophic injuries or even death. The most common cause of distraction for drivers is texting and other mobile phone use while driving.

When Is Using a Cell Phone While Driving Illegal?

People were texting while driving is unquestionably hazardous. So what does the law say about this reckless practice? First, it is against the law in California to use a cell phone while driving. According to the California Office of Traffic Safety, drivers cannot use a mobile phone or any other portable device while driving.

Alternatives to using your hands, such as conversing on speakerphone or utilizing voice instructions, are allowed. However, individuals under the age of 18 are prohibited from using a cell phone for any purpose. A measure passed by the California State Legislature in 2019 will take effect on July 1, 2021.

For a good cause, the California Highway Patrol is tightening down on cell phone use. So let’s look at some quick data to get a better idea of the dangers of distracted driving:

Here’s how these distractions could present themselves in your daily routine that can be very dangerous:

To Wrap It Up

While the frequency of car accidents has decreased over time, collisions caused by distracted driving are on the rise in the United States, resulting in considerable morbidity and mortality.

The general population appears to be aware of the hazards of using technology while driving. Yet, they continue to engage in this risky behavior, and they may be unaware of or underestimate the influence of mobile phone usage on their driving performance.

Distracted driving problems are not restricted to inexperienced or young drivers; broad universal preventative measures directed at large public areas may have the most impact.

7 Things You Need to Know About the Cryptocurrency Arbitrage Strategy

The Pros and Cons of Crypto Arbitrage Trading