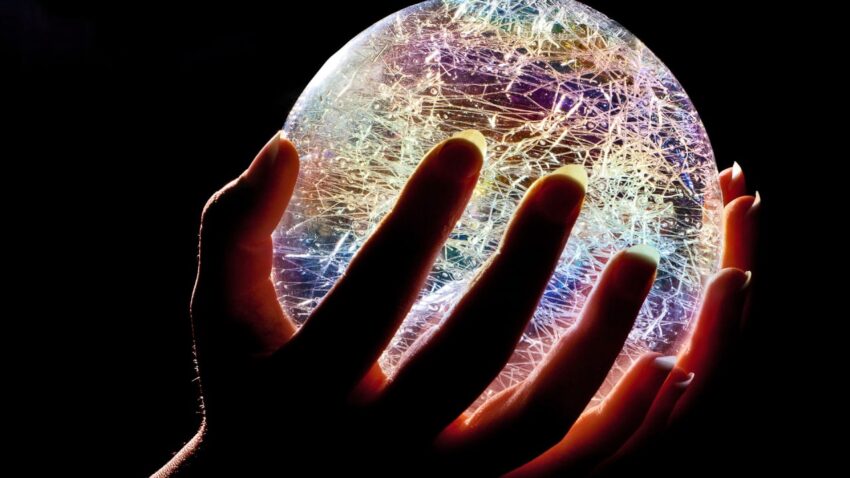 Since the beginning of time, humans have looked for ways to see into the future. People who claimed to have mastered the art of divination were worshipped in ancient societies, although such talents were also sometimes their downfall if the person seeking answers wasn’t happy with the prophecy.

In ancient Greece, the art of divination was called theopropia, and in ancient Rome, consulting with the gods was part of the religion of the time. The techniques we use today to divine the future haven’t changed all that much; most modern fortune-telling techniques have a long history. Read on for a list of some of the most popular.

Someone calling themselves a psychic can be anything from a medium to a palm reader. Also known as a clairvoyant, psychic readings were very popular in Victorian times, where a great number of fakes plied their trade in the hope of extracting money from gullible patrons.

There are probably just as many fake psychics today, but thanks to the power of social media, it’s no longer quite as easy to dupe customers. Even a terrible psychic can predict what will happen if they end up with a ton of bad reviews on Google!

Most newspapers have an astrology section and as readers, we all love to see what’s forecast in the stars.

The art of astrology dates back several millennia, and ancient astrologers used calendrical systems to predict seasonal changes. Today, astrology is more pseudoscience, but by providing an astrologer with your exact time and date of birth, it is possible to receive an in-depth reading on present and future events. While this kind of reading is more of a guide than an exact prediction, it can still be useful if you are unsure of what lies ahead.

Tarot cards are a form of future telling based on playing cards. Modern tarot cards date back to the 14th century, where they were originally used as part of a parlor game. Over time, tarot card readings were used to divine the future, which is how they are used today.

The Rider-Waite tarot set is of the most famous decks of cards. The artwork was created by Pamela Colman Smith, and the depiction of human figures in the designs is the basis for the iconic tarot card designs we are familiar with today.

There are 22 major arcana cards, also known as the trump cards, and 56 minor arcana cards, which are the lesser cards. Meanings change depending on whether the cards are inverted or not, and how they appear in relation to other cards.

Anyone can learn to read the tarot; there are lots of online guides to help you interpret the cards, so why not give it a try?

Divination by crystal ball is also known as catoptromancy, which happens to include the art of mirror divination too. Using a crystal ball to look into the future has been popularized in books and movies. The Wicked Witch of the West had a crystal ball in the Wizard of Oz and another fortune-telling crystal, aka a palantír, appeared in the Lord of the Rings, used by the evil wizard Saruman.

Today, crystal balls are more likely to be used in fortune-telling booths at the local fair, but don’t dismiss their power!

If you have ever had your palm read, you will be familiar with the art of palmistry. This ancient art of divination is believed to originate in India. Palm readers divine the future by interpreting the lines and unique features of our palms. A palm reader looks at the lines, the bone structure, and small markings. Readings aim to interpret your personality traits rather than predict the future, but they can be useful if you need guidance on how to proceed.

Do not underestimate the power of raw data when it comes to predicting what lies ahead. Analysts use historical data to make an informed guess about future events. This is how political experts predict the outcome of elections and business analysts make decisions about which company to invest in. Some people are better at predicting the future than others, and they are known as superforecasters. They don’t rely on tarot cards or crystal balls. Instead, they use good judgment and big data to make lucid, well-thought-out predictions based on facts.

There are many more ways to predict the future, some of them quite bizarre – anthropomancy, also known as divination by entrails, being a good example. Don’t try that one at home, folks!

Is The Kennedy Family Curse Truth or Fiction?

How Many Decks Do Casinos Use for Blackjack?

The Good and Bad Things about Cosmetic Surgery Trends