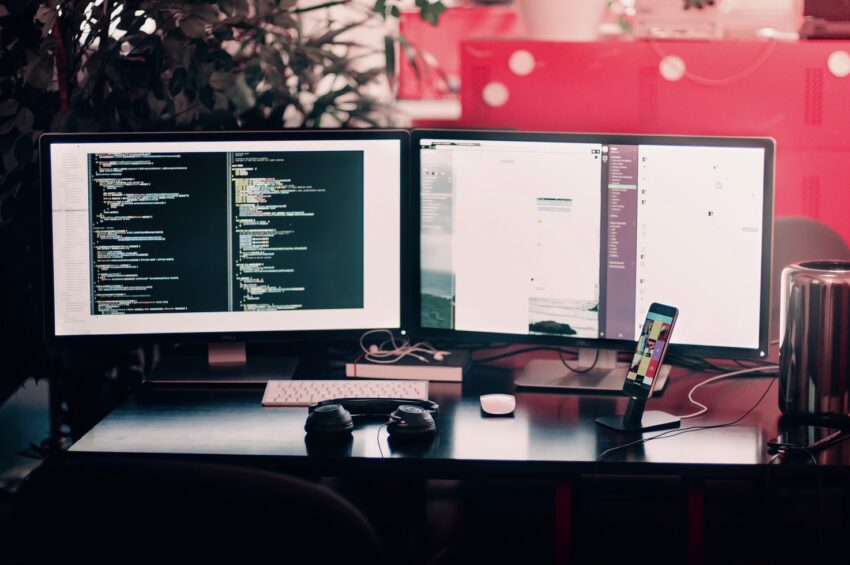 Unless you haven’t been stuck on a deserted island in the past decade, you have probably heard about cryptocurrencies or blockchain technology. Even though they have heard about crypto many are completely unaware of the debt of such thematic because the only thing most are interested in is the trade.

We won’t go too deep into the subject, however, we will mention some basic information on blockchain and where you can gain basic knowledge to become a developer and evaluate how much time it may take.

But first thing’s first, let’s take a look at why it is smart to become one…

The job of blockchain developers is increasingly in demand. There was research conducted in the USA that analyzed all the open job advertisements between 2015 and 2017, and have found out that in this period the number of ads for this position has increased by 631 percent. And if you dig more to see the ranking of blockchain developers as a profession, you’ll see they are ranked very high on the list of most wanted jobs, next to engineers.

Companies are increasingly turning to develop blockchain solutions, and there are not enough developers in the market to answer their needs. That is why they often turn to outsource companies and hunt down talented developers while they are still in college.

In other words, within the blockchain industry, there is an obvious need for people who are willing to hone their skills and learn new things. Therefore, those who are enthusiastic enough about this popular technology and have knowledge of a programming language can use this opportunity and start getting acquainted with blockchain. Step by step.

Keep in mind that this technology is finding its use in so many industries, even programmers use it to connect and share knowledge and experience, like on  oschain.io. All of this means the demand for developers will only grow in the future.

It is essentially a set of blocks that are open to all stakeholders and all information in them is public. In these blocks of information you can see, for example, how much a transaction was and between which two “wallets” it was made.

This technology was created for the needs of the digital currency Bitcoin, but later the potential of this technology was recognized by many industries, especially the financial sector, as was mentioned above.

Bitcoin needed to achieve secure transactions avoiding any central authority, and for this purpose, this technology was created. Here, the blockchain plays the role of a general ledger in which every transaction ever made in the cryptosystem is recorded.

Furthermore, it is not only used to record money transactions. It can be used for a million other things. For example, it can be used for logistics and transport monitoring. It can be used to track and buy food from “big players”. Only the sky is the limit when we talk about the possibility of a blockchain.

Finally, how much time will it take for you to become a blockchain developer?

Although when you think about digital currencies and their market it is easy to get confused and scared because it sounds complicated. However, when you start learning about it, it starts being easier and easier.

As for how long will it take you, it depends on the training you will choose to undertake. There are lots of courses to consider, and depending on your initial education it can take from three months to three years.

Another thing that influences the time it will take is whether you’re going to pursue a full-time or a part-time course. In any case, having no knowledge whatsoever about coding will require more time.

As is usually the case when it comes to software development, self-study has more weight than a university degree (which we do not devalue in any way) – firstly because you need to keep up with existing technologies, but also because of getting to know the upcoming ones.

Fortunately, an internet connection is usually enough for something like that. And tons of discipline for having continuity.

Online courses are what people turn to most, because of the flexibility of time and space. While you won’t become an expert when you take these online courses, they can be a good start. You can learn the basics of blockchain, cryptography, and the technology behind it, and it’s a great foundation for further learning.

These are courses can be found on any larger courses offering platforms like Coursera, and other similar educational websites. Needless to say, the demand for this knowledge is enormous, that even kids with little experience would be able to find a job.

One of the intentions of writing this article, besides giving the answer to the question in the title, was to point out that learning new technology requires following a certain path, as well as that it is necessary to have self-initiative. The technology of any kind is something ever-changing, ever-developing, and without self-initiative, it is impossible to become a good developer. Much like in life, it requires constant learning.

It might sound cliché, but Google is your friend in this case. By always researching, you will come across book recommendations, various lists of resources, forums, social networks that will keep your knowledge fresh and up to date. Not only that but also people worth following on social media who will be your main source of information about new trends in the industry.

Therefore, learning is more a matter of will than the availability of resources. Those who are hungry for knowledge will always find a way to get it, no matter the cost.

6 Major Questions to Ask Before Buying from a MOM

6 Tips For Discovering New Cryptocurrencies To Invest In

How Blockchain Is Revolutionizing The Travel Industry

NFL 2021 Season: The Players To Watch