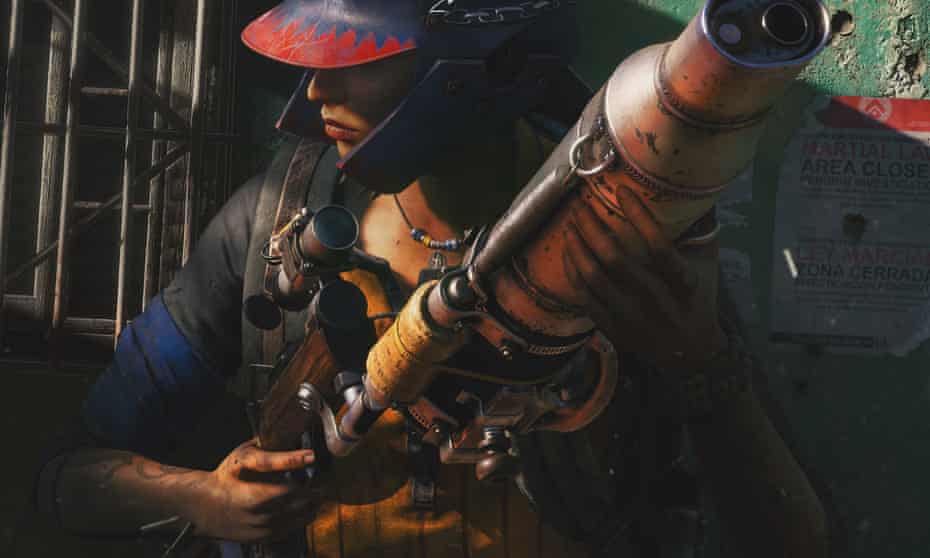 With video games, some games come out as classics, while others are forgotten within a few days of their release. The Far Cry series has been enjoyed by players for more than 15 years, and the latest iteration of the Far Cry series of video games, Far Cry 6, is now available for purchase around the world. Fans of the franchise, or those who have never played a Far Cry game before, might be wondering if this iteration is worth the money.

Far Cry 6 is definitely a worthwhile addition to the franchise, as the game is an exhilarating and exciting adventure that is worth every penny. Below is our review of Far Cry 6.

Every video game that focuses on a central story must have a compelling villain. The Far Cry games have always excelled in this area, which is why fans of the series keep coming back for more.

Far Cry 6 is no different, building on villains such as Vaas Montenegro and Joseph Seed from Far Cry 3 and 5, respectively. Anton Castillo, or El Presidente as he is known in the game, is a hall of fame villain within the Far Cry series.

Hollywood actor Giancarlo Esposito does an outstanding job voicing the villain, giving him real weight and gravitas in every scene. The performance is out of this world, which is why Far Cry 6 is one of the best video games to come out in 2022.

People who may devote tens of hours of their time to the game in the coming weeks and months will take great pleasure in taking down Esposito’s Castillo in Far Cry 6.

One of the interesting aspects of Far Cry 6 is that every character seems to abide by one rule above all others – rule number nine. The rule states that people must always use the right equipment for the right job.

With that in mind, Far Cry 6 offers gamers the chance to customize their weapons throughout the game. There are workbenches available throughout the map in story mode, which allows the player to easily perform any weapons tweaks they deem necessary.

There is also a way for the in-game character to scan an area they are planning to attack with their smartphone. That allows them to assess how many enemies are present, where they are located, and what types of weapons may be best to battle those enemies.

When you enter a game that wants to immerse you in its storyline, there should always be the option to explore the greater world within the game. Far Cry 6 allows players that opportunity throughout the story.

If you want to take off to tackle a side quest, or you wish to explore the map for a couple of hours without any care for the larger objectives, you can do so. That is what makes Far Cry 6 such a great game.

Players who prefer to focus on the central objective and finish the game quickly can take that course of action. Those who want to explore the world of this video game, take in all the side characters and settings, and end up with close to 40 or 50 hours played can also have a lot of fun.

By the time you reach the latter stages of the game, you will find yourself rooting for the in-game character during every cutscene. The satisfaction that you may feel after defeating the primary villain is hard to overstate, which is what makes Far Cry 6 such an appealing game.

Even though most gamers do want new experiences when they load up a game, they also want to feel ready to tackle everything the game throws at them from the very first scene.

Considering Far Cry 6 is part of a larger franchise of games, many of the controls and mechanisms within the game are very familiar. Anyone who has played the recent Far Cry games will immediately grasp the controls and settings within Far Cry 6.

There are safe zones you can explore in third-person mode, while you can also send allies on missions you may not want to complete yourself. These are familiar ways to tackle the various obstacles that may lie in your path on the road to victory.

The Far Cry franchise of video games dates back to the first Far Cry, which came out in 2004. While Crytek took charge of that game, the subsequent Far Crys have all come from the Ubisoft studio.

While the original Far Cry only came out on computers in 2004, Far Cry 2 debuted four years later on PC, PS3, and Xbox 360. Subsequent editions of the game have all come out for computers and the latest generation of consoles.

Far Cry 6 is the first game within the series to release on the latest generation of gaming consoles, the PlayStation 5 and Xbox Series X.

Even though there are some issues with Far Cry 6, such as a bloated campaign that often drags out missions to increase the playtime, fans of the Far Cry franchise will adore the game.

Far Cry 6 stays true to what makes the Far Cry games some of the most popular on the planet; finding the right combination of compelling storytelling, exciting villains, relatable main characters, and satisfying fighting and shooting mechanics.

One of the reasons why Far Cry is among the most popular gaming series in the world is that each iteration delivers an incredible gaming experience.

People may assume that anyone who has played the previous five editions of Far Cry may not find the newest version that enjoyable, but that is not the case.

Far Cry 6 is an outstanding video game on its own and is a worthy addition to the Far Cry franchise. If you are ready to devote countless hours to your next video gaming obsession, you may want to start playing Far Cry 6 on your computer or gaming console.

How To Make The Negligent Truck Driver Responsible For Your Injuries