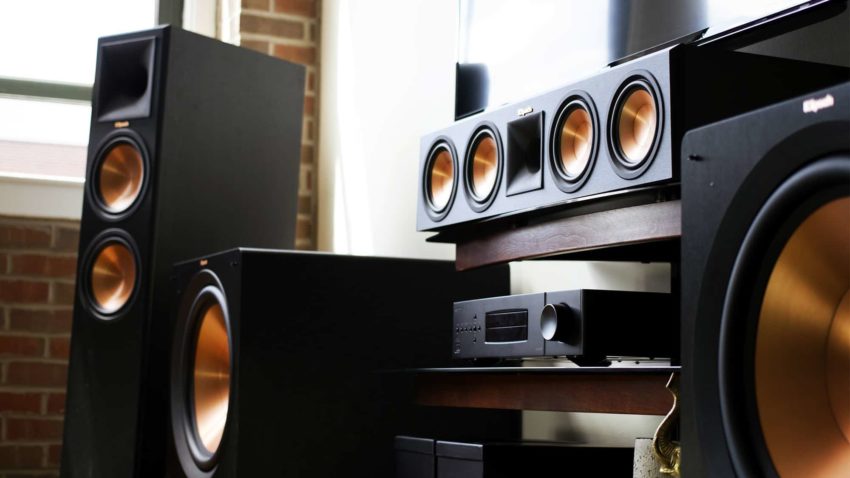 Out of our five primary senses, there are just two through which we consume all forms of media and they are the senses of sight and hearing. While video content is considered to be more important than audio content by a lot of people, the truth is not as straightforward though. The experience doesn’t feel complete if the media content in question doesn’t deliver on both fronts, but that’s only applicable when the content is audio-visual in nature. What about content that only caters to one of the two senses? Well, in such cases, a lot depends on the particular nature of the media and the people concerned. This leads us to our second question, why do some people fall in love with audio so much? The audiophiles of the world would prefer aural media over visual media any day of the week, but is there enough reason to justify their choice, or is it just a personal taste? As it turns out, there are some valid arguments to be made here.

In conclusion, it can be said that “some” people love audio so much because they have experienced audio effects through the best equipment in the world, while most others have not. Even a tone-deaf person will likely be able to tell that there is a marked difference between high-quality audio and ordinary audio, so for those that have the right ear, audio is quite naturally, the most important part of any media related experience. If everyone had access to topnotch audio content and equipment, there would definitely be more people out there with an unprecedented love for audio. They won’t all be audiophiles, but the interest in high-quality aural stimulation would definitely increase among the population Audio is More Important than Video in Audio-Visual Content

Have you ever watched a Direct-to-Video (or Direct-to-DVD as it is called sometimes) film? If you have, then you will notice that in most cases they sound much inferior than movies that get a theatrical release. Of course, there are also many visual aspects such as poor vfx, limited shooting locations, bad acting, etc. which scream the word “low-budget” in the viewer’s face, but nothing ruins the experience as badly as out of sync, broken sound editing does. Seeing a flash of lightning isn’t nearly as impactful in a movie if it isn’t accompanied by the rumbling sound of thunder a few seconds after, or the gunshots don’t feel that real without the proper sound either. The truth is that without the right audio accompanying the video content, it feels lifeless, irrespective of the visual quality. Silent film had its days of glory, but it disappeared because sound is what breathes life into media. On the other hand, radio, audio books, podcasts and music in general only became more and more popular with each passing decade, in spite of audio content catering to only one of the primary senses. This actually establishes the fact that audio is more important than video to human beings in most situations and therefore, it doesn’t really come as a surprise that some people realize that fact all too well.

Just like the quality of the recording equipment matters during the production process, the speakers, headphones or earphones that the audience is using to consume the finished media is just as important. You will probably never be able to go back to your cheap set of headphones that were bundled in with your smartphone once you have tried out something like the Audeze Sine or the Beats Studio3. Of course, a lot depends on the quality of the music and the recording itself, so make sure you are listening to something like Dragonborn by Jeremy Soule or Paper Moon by Booka Shade to test out the new pair of headphones. For those that have never experienced high-quality audio in its true form, the aural experience can be lifechanging and more often than not, that’s how people fall in love with audio and become audiophiles to begin with. That same favorite song of yours will sound so much better when it’s delivered through some classy equipment.

Speakers come lower on the hierarchy than headphones when it comes to experiencing audio in its true form, but they have their place in the world of the audio enthusiasts as well. After all, home theaters are popular for a reason. The sound emitted is of course, not as pure as delivered by a pair of topnotch headphones, but speakers can deliver more power and bass, and in a 5.1 or 7.1 home theater setup, it is possible to create a very realistic illusion of being right within the scene of a movie.

While most of us have all the five primary senses, they do not function equally in everyone. Some have a strong sense of smell, while others just hear better. Therefore, it can be said without a doubt that anyone who just seems obsessed over their audio, must have a keen sense of hearing. For example, consider the fact that a true audiophile can tell the difference between the sound carried by a regular cable and the sound transmitted by a cable made with high-quality component. The difference is so minute that only people with an extremely acute sense of hearing and trained ears can actually notice the difference. This is not only limited to cable quality though; audiophiles can easily notice the difference between two musical files with varying bitrates as well. The slew rate in music can be explained as the amplifier’s capacity to maintain the same output across higher frequencies. It is one thing to mathematically understand the concept and entirely another to tell the slightest of differences with your ears, which some people who are obsessed with their audio can really do.

Anyone who claims to be an audiophile or is obsessed with audio don’t necessarily have ears that are good enough to tell every change, but it is a fact nonetheless that anyone who truly loves their audio has excellent hearing capabilities.

Floor Standing Speakers: Are They the Best Choice for You – 2021 Guide