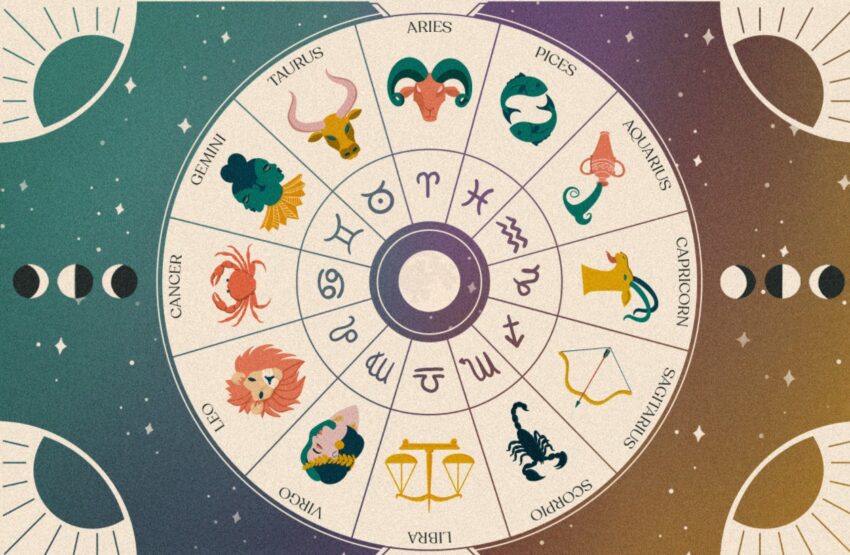 Reading horoscope is one of the most popular mini past-times for a great number of people. It’s fun, quick, and most of the time, your daily horoscope will tell you something good. Now, when it comes to astrology and horoscope, there are three groups of people.

Now, many famed astrologists will tell you that the daily horoscope you read in your local newspaper is nothing more than a bunch of rubbish and that the true value of astrology lies in yearly horoscope and natal charts. So, what we want to know is how accurate are those yearly predictions.

Some say they’re spot on, while the others completely dismiss them. But, we don’t want to belong to either of them unless we can find some pretty good evidence to supper either of those two stands. So, before we can find an answer to the question at hand, we have to take a deeper dive into what astrology is really about.  So, let’s begin.

When we say earthly events, or better yet, when the astrologers say that, they don’t just mean what’s going to happen tomorrow. They talk of things like love and relationships, career, and life in general, or better yet – they make predictions.

What Are Astrology Predictions Based On?

But, what are those predictions based on? Well, professional astrologers “read” the planetary movement to explain and predicts events that will take place in the future. It’s as “simple” as that. Following and analyzing how the planets move allows astrologers to take a good, in-depth look at the following events and predict them with surprising accuracy.

What Do Planets Mean?

Another thing we have to understand before we move on to the yearly astrology predictions are the planets. Planets are the essential piece in astrology, and they’re the same planets that we’ve learned about in school. So, the planets from our solar system.

The planets are what the astrologers are basing their findings on. For instance, if you’re looking at the horoscope of an individual, you’d want to look at the planets and how they behave and how they’re positioned to the sun or the moon.

Each planet is a sign, and each and every one of them carries some form of symbolism that could determine your personality, future events and more. For instance, Venus symbolizes love, passion, pleasure, art and luxury, while Jupiter symbolizes luck and abundance, and so on.

In addition to all of that, astrology takes of houses, zodiac elements and signs, natal charts and many other things, and if you want to learn more about that, YearlyHoroscope might just come in handy. But for now, we have to move on.

What Are Some Of The Astrology Predictions For 2022?

Now that we’ve gone over some astrology basics, we’re going to take a look at the yearly horoscope for 2022, and see what we can learn from it, and see if any of the predictions are to be believed.

As for 2022 in general, astrologers agree that 2022 will be quite eventful. Even more so than the previous two years. What they also predict is that 2022 will be a year of change for many and that those changes are about to start late in 2021 and move on a bit into 2023.

Generally speaking, a great change is about to strike mankind. Whether that means that we’ll be able to safely travel and hug again – we don’t really know. The yearly horoscope is cryptic that way.

What is certain of 2022, at least according to astrologers, is that many people will be faced with a life-changing decision that they will have to make, whether they like it or not. Some will have to push through some troubling times, but since we’ve collectively got stronger over the past few years, we don’t see why we wouldn’t be able to push through this one, too.

Ambition will be the main motif for 2022, astrologers agree. The second-placed motif for 2022 will be the challenges. And, with those two, it’s clear to see why the following year might be life-changing for many, because if there’s anything that drives change – it’s ambition and overcoming challenges.

Most people will focus on work, so love might take a backseat to money in the following year. Therefore, you might need to pay special attention to your loved ones and do a better job nurturing the relationships in your life. Otherwise, you might just lose some people you hold near and dear.

So, if we had to sum up 2022, we’d say that it will be revolutionary. In what way – that’s left to be seen. However, with everything that we’ve been through the last few years- a change might not be a bad thing.

The only way to know this for sure is to wait a year and then answer this question, but since we’ve already gone through many yearly horoscopes over the years, the experience has taught us that yearly astrology predictions are more than accurate most of the time.

To be fair, we’re not talking about predicting the future or exact events. No one can do that, at least not with utmost precision. But in general, you could probably rely on the annual horoscope to learn a thing or two about the following year. We know we certainly will.

Why Online Casinos in Michigan Continue to Grow

5 Things To Look For When Buying Dj Equipment