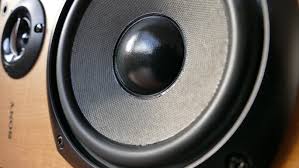 When you have great car speakers in your automobile, every journey will seem that much more enjoyable, whether it's the school run, a commute to work, or a cross state journey where the miles keep rolling by. That's why it's worth reading our car speaker reviews and investing in a system that's right for you and your car, and that will deliver on power, volume and clarity. Let's face it, there are some songs that sound far better when coming out of high quality car speakers too, and here are ten of these songs that were just made to be played on the road.

We reviewed the best audio for your automobile precisely so that your speakers could be ready for a song like this. Queen's 'Bohemian Rhapsody' is a complex song that's calm and melodic, at times operatic, and then at other times a driving, pounding rock epic. It's got something for everybody, and it sounds best when played in a car, as those of us old enough to remember 'Wayne's World' will testify. First released in 1975, it has topped the charts in countries across the globe and sold more than six million copies worldwide. Even more importantly, its sweeps from bass to treble and back again making it a perfect way to get the most out of your car audio system.

Whether you're driving down American freeways, British motorways, or German autobahns, this song perfectly captures the joy of driving quickly (yet legally, of course) with your loved one by your side. Dating from 1977, it reached a high of number 5 in its native UK charts, but it has since become a driving anthem on both sides of the Atlantic. Tom is driving a truck in the song, but we think it works just as well in a car, as long as the speaker system is up to the task.

When you have a top-quality audio and speaker system in your car, it's not just the driver who benefits, which is why Iggy Pop's legendary ode to the passenger fits perfectly in this top ten. This is ideally suited to a night time drive through an urban cityscape, and we defy anyone listening not to join in with Iggy with the la-la-las when it gets to the chorus.

Los Angeles has some of the best highways in the world; it's a driving paradise, and there's no better song to celebrate it than this classic rock tune from The Doors. It's a long song, lasting just under eight minutes, so you can see a lot of beautiful Californian scenery or coastline pass by in that time. At one point in the song, Jim Morrison repeatedly sings 'Mr Mojo Risin', which just happens to be an anagram of his name.

You don't have to hail from the yellowhammer state to love this song, for wherever it is that you're driving home to, this will feel like the perfect soundtrack. Rock songs don't come much jauntier or jollier than this one, and it's guaranteed to put you in a good mood if you're returning after a difficult day at work. Of course, a high-quality car speaker system will make this sound even sweeter.

Just about everything The Eagles recorded sounds great when played in a long car journey, and we could certainly have added 'Take It Easy' to this list, but the mystical quality of 'Hotel California' gets it the nod. The Lyrics are deep, and some say controversial, but you can simply let them wash over you as the miles roll by and lose yourself in that unmistakable seventies sound.

Long car journeys can be a relaxing experience when you have a superior car audio system playing your favorite songs, but if it gets a little too relaxing, you may need a song to wake yourself up. The Boss has the answer, as 'Born to Run' has enough energy flowing through it to light up a small city. Released in 1975, it was the song that launched Springsteen's stellar career.

Love him or not, there's no denying the fact that Kanye West is one of the most important recording artists of his generation, and his very best songs sound great when played on a bass heavy car audio system. 'Runaway' is up there with Kanye's very best, and if you're on a long journey the extended album version runs for more than nine minutes.

For many people, 'Route 66' is the epitome of a driving song as, after all, the lyrics are all about traveling along the world's most famous road. In the hands of the late, great Chuck Berry, however, it becomes one of the greatest and most influential rock and roll songs of all time. First released in 1946 by Bobby Troup, many artists have covered it since, but none with the panache and power of Chuck.

Great driving music doesn't have to be rock based, and it doesn't have to be sung by men, for there can be few songs that sound more uplifting in a car than Beyonce's 'Single Ladies'. Since its release in 2008, it has become an anthem for women everywhere, but put it on your car stereo and you're sure to find any male passengers singing along too. It's an infectious tune with a dense musical background, and one that sounds best when the bass and treble notes can be heard perfectly.

These ten songs are all very different, but all provide a great way to liven up a car journey of any distance. To get the most out of them, however, you'll need a car audio system and speakers that won't let you down, which is why you should take the time to find an audio system that delivers on sound quality as well as value for money.